Cured for breast cancer – and what next? 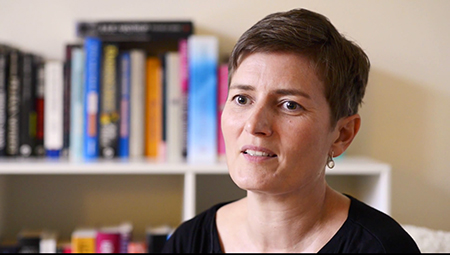 Today more than 80% of all women survive breast cancer but a large number of women have late effects of the treatment making it difficult to return to their previous life. Aarhus University Hospital focused on this topic at a recently held workshop.

Surgery, chemotherapy and radiation therapy. Women with breast cancer typically go through a number of treatments – and today more than 80% are cured. But the fight against the cancer is not necessarily over. Many women experience late effects surfacing during the course of treatment or some time after.

The typical late effects of breast cancer treatment are lymphoedema (swelling of the arm), pain, sensory disturbances, radiation damage to tissue and psychological problems such as sadness and depression. On 20-21 May, Aarhus University Hospital were hosting a workshop on breast cancer surgery, which also focused on the late effects.

- Previously, we focused primarily on increasing the rate of survival among women with breast cancer. Today, we are beginning to increasingly focus on the treatment, which has a price in the form of late effects for many women, says Anders Bonde Jensen, Consultant and Professor at Department of Oncology, Aarhus University Hospital.

The workshop will feature a live surgery session where the British surgeon Douglas Macmillan will use a so-called onco-plastic surgical technique to operate on two Danish patients with breast cancer.

The operations will be transmitted live from an operating room at Aarhus University Hospital to one of the hospital auditoriums where leading doctors and nurses in breast cancer surgery can follow the British surgeon – and have the possibility to ask him questions during the procedure.

Using the onco-plastic surgical technique it is possible to perform a breast-conserving operation on patients with larger tumours; these patients would otherwise have had the entire breast removed surgically. Douglas Macmillan has developed techniques similar to those used in breast reductions.