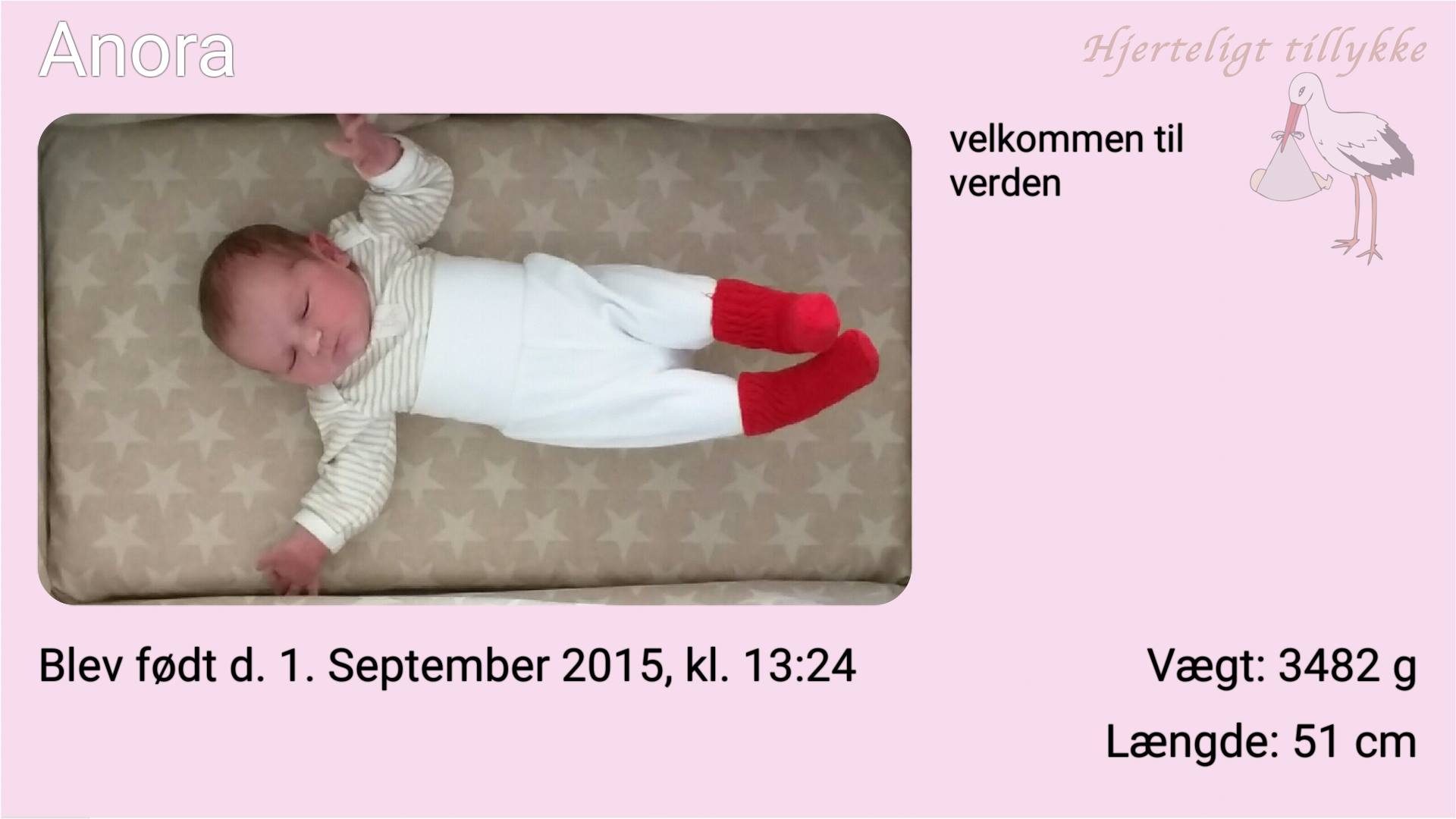 A screen dump from the new app featuring the newborn baby Anora.

For some months, parents of newborn infants at Aarhus University Hospital in Denmark have had the possibility to celebrate this by activating a tubular bell using an app. Now it is also possible to use the app to post news of the newborn on Facebook.

When a baby is born at Aarhus University Hospital, the parents can use an app to activate the 7.5 meter long bell made of bronze weighing around three tons at the city’s newly generated habour area around 6 kilometres from the hospital. This already happens several times a day.

But this is just the beginning. When the full version of the app is launched it will be possible to take a picture of the newborn, write a small text and post it on the Facebook of the maternity ward.

- The idea is that the app should be used for more than ringing the birth bell. Now it is possible to post information on Facebook and ring the bell at the same time, says Frederik Skytte Nielsen.

Head midwife Joan Dürr is pleased with the new app.

- The maternity ward has a new ritual and the parents are very pleased. The bell is activated several times a day, says Joan Dürr.

- Having a child is a huge event and many wish to share this with the rest of the world. Gender of the child, birth weight and time of birth has always been something family and friends ask about. We hope the new Facebook page will contribute to communicating this big event in a festive way and to many people at the same time.

FACTS about the tubular bell:

The idea was fostered by the artist Kirstine Roepstorff. She called Head midwife Joan Dürr a couple of years ago and told her she participated in a competition on decorating the new city main library located at the habour area in Aarhus. The piece of art should involve something with birth. The bell is a way to celebrate the miracle of life and remind us that this big event happens every day.