Increased blood pressure can destroy the heart of the newborn baby 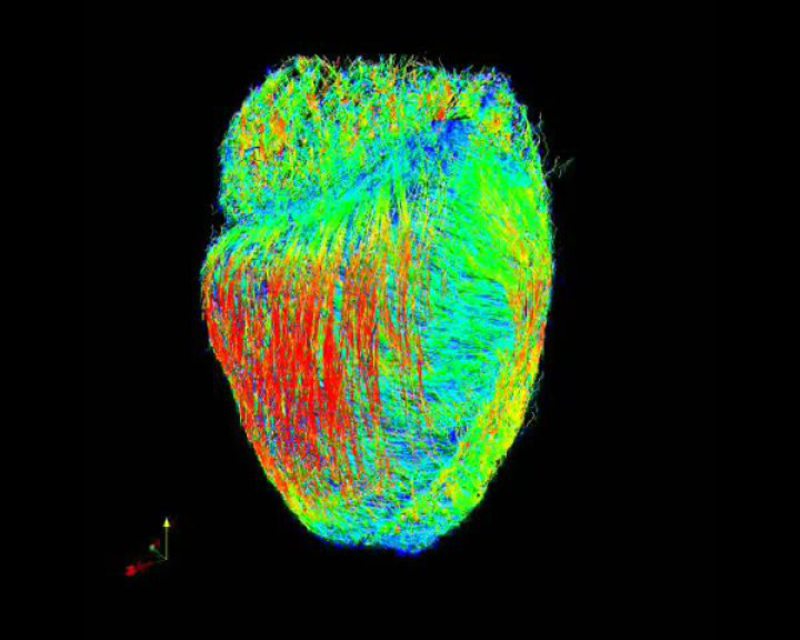 A 3D model of a heart where muscle fibres are coloured to indicate their direction (illustration: Wei Wang, Haibo Ni, David MacIver and Henggui Zhang, University of Manchester).

Researchers have shown how increased pulmonary blood pressure in the newborn lead to changes in the heart muscle, which may result in heart failure.

Increased pulmonary blood pressure in the newborn is seen in two of one thousand normal live births and even more frequently in premature infants. This might lead to serious disease and possibly result in death often caused by heart failure. There is limited knowledge on why the heart fails in this condition and thus knowledge of the optimal treatment is also scarce.

In a new study from Aarhus University Hospital and Aarhus University in Denmark researchers have collaborated with researchers in the USA and England investigating the heart’s reaction to increased resistance in the pulmonary circulatory system. In this animal study, researchers have used a new scanning technique to show that the orientation of the muscle cells in the heart change when the pulmonary blood pressure is increased.

The scans also showed that scar tissue was formed within the heart muscle indicating that the cardiac muscle cells are stressed. Scar tissue prevents optimal heart function and together with the changes in the heart muscle structure this can be a contributory cause of heart failure in the newborn with increased pulmonary blood pressure.