Aarhus University Hospital in Denmark is in front with telemedicine 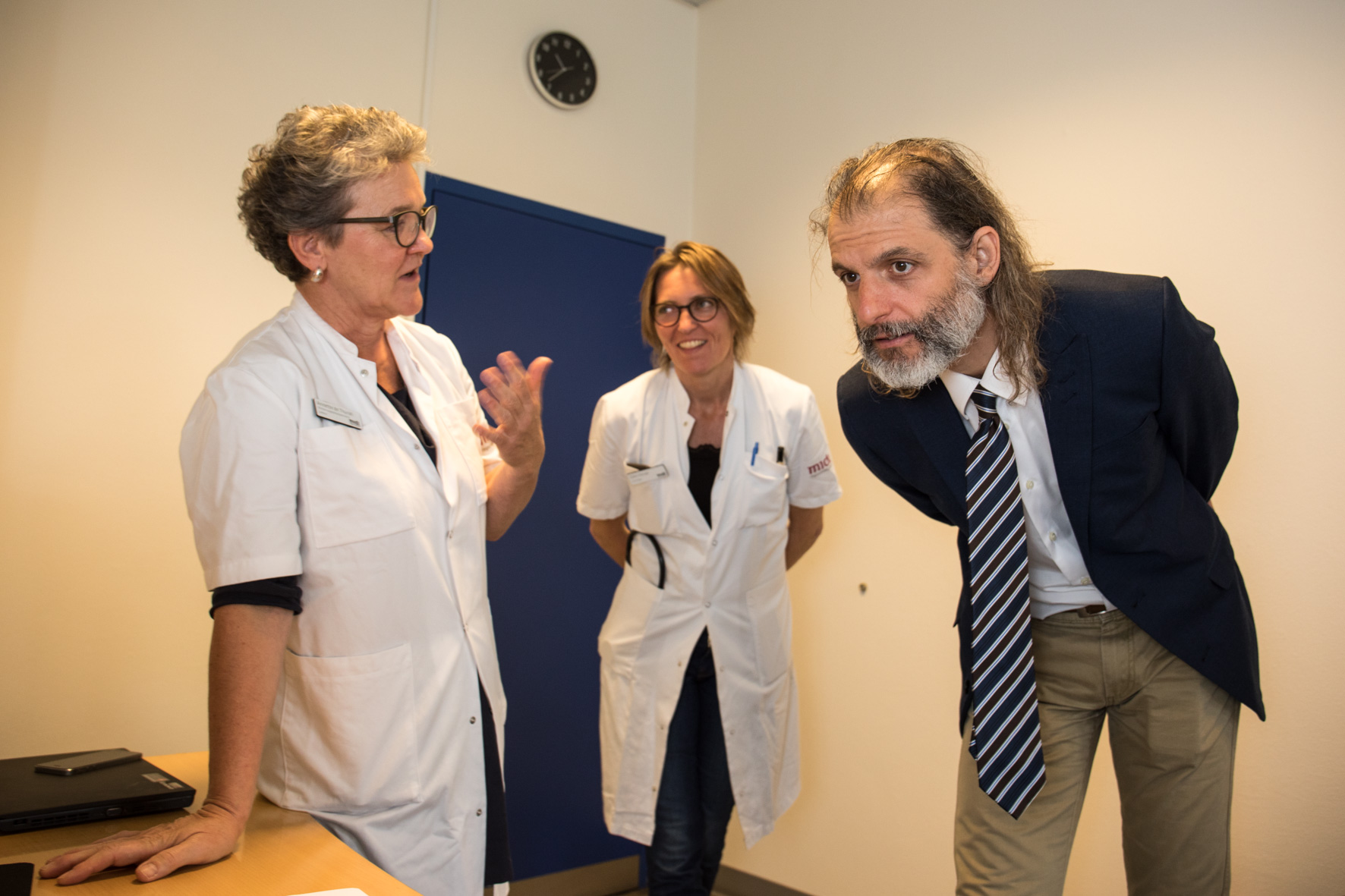 The British/Spanish professor Jose Valderas visited Aarhus University Hospital to see how the hospital uses telemedicine in the treatment of patients with chronic rheumatoid arthritis.

Jose Valderas, professor at University of Exeter in England, recently visited Aarhus University Hospital to learn about how the clinical departments use telemedicine in the treatment.

Telemedicine for patients with rheumatoid arthritis
Department of Rheumatology has positive experiences with telemedicine in the treatment of patients with chronic rheumatoid arthritis. These patients are normally followed-up at hospital quite frequently. Patients involved in the telemedicine project can stay in their home and fill in a questionnaire every fourth month on the status of their disease. If the disease is stable, they do not need to meet at the hospital. If the questionnaire shows a deterioration of disease patients are called for a consultation at the hospital.

The system used for registering the questionnaires is called AmbuFlex and is used for other patient groups in Central Denmark Region and Aarhus University Hospital. At Department of Rheumatology, 8% of the patients, equivalent to around 300 patients, with chronic rheumatoid arthritis participate in the telemedicine project.

Scientific documentation
Jose Valderes, who is a professor in health services and policy research at University of Exeter, was impressed by the way Department of Rheumatology has organised the telemedicine project.

- It is a strength that the project is based on scientific evidence. At the same time patient safety appears high, says Jose Valderas.

He does not know of other telemedicine projects where the patients' own reports are used to decide whether they are called for a consultation at hospital.