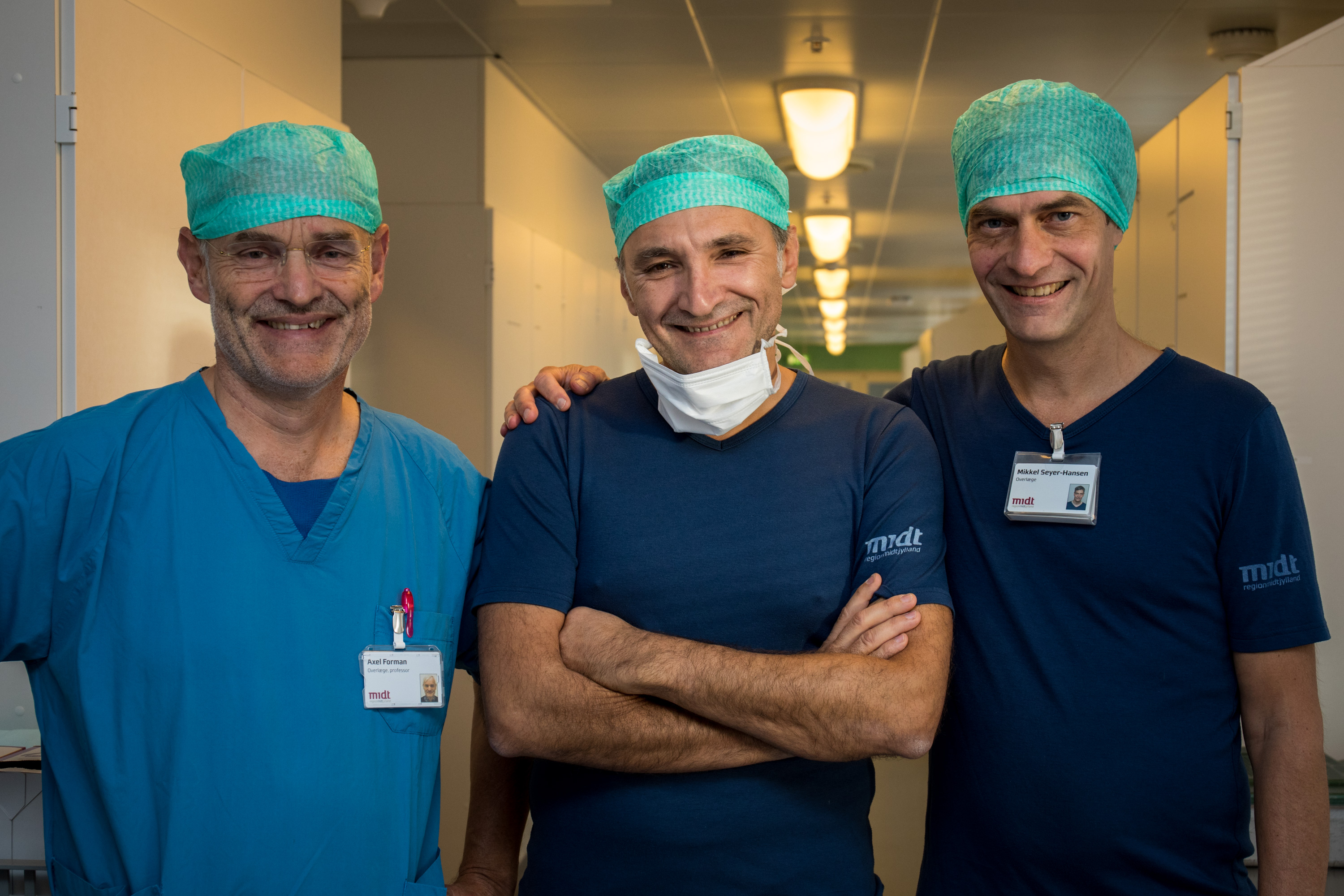 A new surgical technique in women with intestinal endometriosis will now make it possible to avoid removal of part of the intestines.

October 11, the international top surgeon Horace Roman from Rouen University Hospital in France operates together with the consultants Mikkel Seyer-Hansen and Mads Riiskjær from Department of Gyneacology and Obstetrics at Aarhus University Hospital.

- Working with Horace Roman today will teach this technique to some of our own surgeons. This means that we can offer a better surgical intervention to our patients, says Axel Forman, consultant at Aarhus University Hospital and professor at Aarhus University.

The new technique is more complicated, it requires special equipment and bleeding is worse during surgery. But the procedure is gentler to the blood supply and nerve pathways in the intestines and it is expected to give patients a better result.

Horace Roman, professor at Rouen University Hospital in France specialises in minimally invasive endometriosis surgery. He also operates women with rectal endometriosis and he has succeeded in preserving the rectum in approximately 80% of the women he has operated. Horace Roman is an active researcher and has written more than 200 professional contributions to and articles in scientific journals.

- I have met Horace Roman at international conferences and we have agreed on a close collaboration in the coming years where he will come to our hospital and teach us the new technique. We can also send our specialist doctors to Rouen to be educated. We have also agreed to collaborate in research activities and in writing of scientific articles, says Axel Forman.

Intestinal endometriosis is a chronic disease where cells and tissue resembling uterine mucosa grow into the intestinal wall. The typical symptoms include:

The symptoms may resemble symptoms in other diseases (e.g. irritable bowel syndrome). There is often a delay from symptoms appear until the diagnosis is made by a vaginal ultrasound examination or an MR scan.

Use of oral contraceptives, progestin-only pills or an intrauterine device (IUD) possibly combined with a laxative may in some cases relieve the symptoms.

In severe cases it may be necessary to surgically remove the endometriosis tissue, where the surgeon removes the affected part of the intestines.