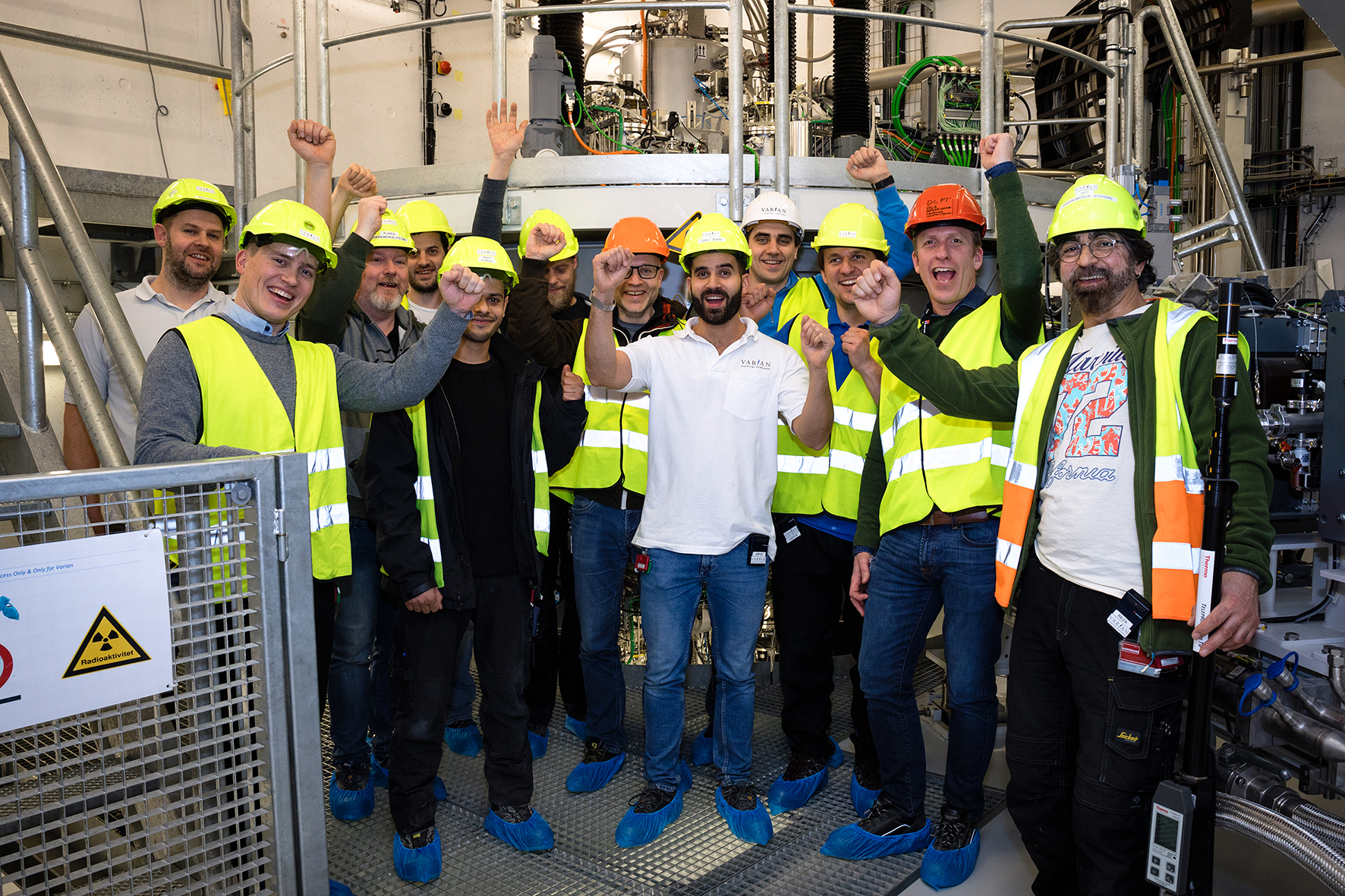 For the first time, beams were extracted from the cyclotron in the Danish Centre for Particle Therapy, which will provide highly specialised radiation therapy for patients with cancer from all over Denmark from October 2018.

Thursday the 22 February 2018, was as day of celebration at Danish Centre for Particle Therapy, Aarhus University Hospital. For the first time, protons were extracted from the particle accelerator – or the cyclotron – which is the heart of the centre.

In June 2017, the 71 ton particle accelerator was lifted into the new buildings and a team of technicians from the producer Varian Medical Systems have since then worked hard to install and prepare the equipment for Danish Centre of Particle Therapy.

The heart of treatment

Thursday protons were successfully extracted from the cyclotron – the beams that constitute the essential part of particle therapy.

The equipment for the treatment is financed by a donation of DKK 250 million from the A.P. Møller Foundation.

First patient is treated in October

The first patient will be treated with particle therapy in October 2018. In the next months, technicians will continue to generate protons and lead them into the treatment rooms for patients. The next step is for the hospital physicists to start preparing the treatment of patients.

Particle therapy is a more gentle type of radiation therapy to patients with cancer. It is particularly useful in the treatment of children and adults with tumours in e.g. the brain or located close to the spine.