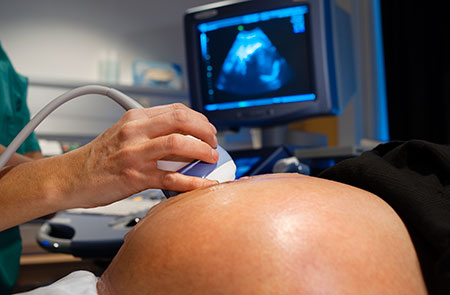 Children born to mothers who have taken the epilepsy medicine Valproate during pregnancy have a significantly decreased school performance, new research shows from Aarhus University Hospital and Aarhus University in Denmark.

Women with epilepsy faces a number of challenges when they become pregnancy. Some types of epilepsy medicine may affect the unborn child and cause permanent cognitive impairments. However, it may be necessary for the pregnant woman to continue taking medicine to avoid seizures during pregnancy and delivery.

The results have just been published in the well-esteemed scientific journal JAMA Neurology.

The researchers analysed data from almost 480,000 Danish children born between 1997 and 2006. A small number of these children were born to mothers who had taken epilepsy medicine during pregnancy.

- Our study provides further evidence to not recommend use of Valproate in pregnant women, says Lars Skou Elkjær, research year student at Department of Neurology at Aarhus University Hospital.

- Women with epilepsy who are pregnant or wishes to become pregnant should always consult their doctor about the medical treatment. If possible, the woman should contact her general practitioner before the pregnancy to find out which type of medicine would be best during pregnancy.

A ban will not solve the problem

Another researcher behind the study, Jakob Christensen, consultant at Department of Neurology at Aarhus University Hospital, treats many women with epilepsy.

- Ideally, pregnant women with epilepsy should not be treated with Valproate, which is also recommended by the health authorities. However, some of the pregnant women cannot avoid seizures if not taking Valproate, says Jakob Christensen.

- It can be necessary to treat the women during pregnancy even though there is a known risk involved. Moreover, not all pregnancies are planned.

The next step in research on Valproate will investigate the risk of psychiatric diseases in offspring to mothers taking Valproate during pregnancy and if children taking anti-epileptic medicine in childhood are affected in a similar way by the medicine.

Behind the research result:

Facts on type of study: Prospective population based cohort study. All live children born in Denmark between 1997 and 2006 were identified in the Danish Birth Registry. Of these, only children who had completed the Danish national school tests between 2010 and 2014 were included in the study. Results from the national tests were used to assess if children exposed to different types of epilepsy medicine during pregnancy performed worse on tests than children who had not been exposed prenatally.

External financing: The study is financed by a scholarship from the Danish Neurological Society and the Danish Epilepsy Association.

Information on possible conflicts of interest: Jakob Christensen has received a fee for being a member of the UCB Nordic and Eisai AB "scientific board". He has also received fees for presentations at UCB Nordic and Eisai AB and has participated in conference travel financed by UCB Nordic. Jakob Christensen has been involved in medical trials sponsored by Pfeizer, UCB, Eisai, Novartis Healthcare and Sage Therapeutics.