Since 2011, the number of women receiving antidepressants during pregnancy has fallen by 33 per cent. This is shown by a comprehensive register-based study from Aarhus University. 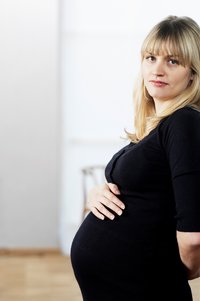 Significantly fewer pregnant women take antidepressants. But choosing not to take the medicine is not always the best option.

A new study carried out by the National Centre for Register-based Research and the Department of Clinical Medicine at Aarhus University now shows a significant decrease in the use of antidepressants by pregnant women – with consumption falling by more than 33 per cent since 2011. The decrease in the use of ADs after 2011 was mainly driven by a decrease in the prescribing of serotonin reuptake inhibitors (SSRIs) and in particular citalopram, the main type of SSRI used in Denmark, explains Postdoc Julie Werenberg Dreier from the National Centre for Register-based Research at Aarhus University.

They emphasise that it is important to find an explanation for the sharp decline. The study has shown that age of pregnant women and psychiatric disorders of pregnant women are unlikely to explain the declining trend of antidepressant use during pregnancy. In August 2011, the US Food and Drug Administration issued a safety warning concerning high doses of citalopram on heart, which could be one of potential explanations. However, more research are needed to confirm the association.

Jakob Christensen points out that additional studies should follow-up by looking into the pregnant women’s health – in particular when it comes to psychiatric health, which can include symptoms that are difficult to discern.

“There’s no doubt about the fall since 2011 because antidepressants are only available from the pharmacy with a prescription, and the fall is so significant that it’s more than relevant to take a closer look at whether pregnant women with depressive symptoms get the correct treatment, and in this way prevent the consequences of depression in the best possible way.”

The register-based study is based on 1.2 million pregnancies in the period from 1997 to 2016. Of these, almost 30,000 women (2.4 per cent) collected at least one prescription for antidepressants during pregnancy. When the consumption was at its highest in 2011, almost one in twenty pregnant women collected prescriptions for antidepressants. The study has just been published in the scientific journal Brain and Behavior.

Jakob Christensen is also a clinical pharmacologist who has spent a number of years conducting research into the consequences of treatment with medicines during pregnancy. He says:

"In general, the use of antidepressants during pregnancy is considered to be safe, but questions have arisen concerning a slightly increased risk of congenital malformations and psychiatric symptoms in children where the mother has taken antidepressants during pregnancy. It’s natural to suppose that some women have chosen not to take the medicine because they were worried that the child could be harmed,” says Jakob Christensen. But he points out that choosing not to take the medicine is not always the best option.

Depression in pregnant women is not uncommon, and the depression can continue and worsen after childbirth. This has been well-documented in previous research studies, says Jakob Christensen.

"This risk for the child must then be balanced with the risk of depression in the mother. An untreated depression can have major consequences for both the mother and the newborn child, for example by not thriving or in a worst case in the form of suicidal thoughts," he says.